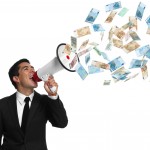 Many of us grew up with the understanding that there were certain topics we just didn’t talk about. Religion, Politics, Sex . . . . and apparently Money!

Things have changed and we’re now talking about Religion, Politics, and Sex ad nauseam but we still don’t seem to be talking about Money.

Why don’t we talk about Money?  I know why I didn’t – it kind of made me feel sick to my stomach and anxious.  Who wants to feel that?

Now since I work with Money issues and HAVE to talk about Money, I’ve found a few underlying emotions that can exist about Money no matter what one’s financial situation is.

We’ve never been taught how to have healthy conversations about Money so we don’t know how.  And we don’t want to be the only one talking about it.

As a coach who talks about Money all the time, I’ve had to get more comfortable about this.  Sometimes, people walk away from me 🙄 when I mention that I help people overcome their Money blocks. People don’t want to deal with it. We would rather pretend that everything is okay. Talking about Money might reveal too much about us and bring up emotions we don’t want to feel. 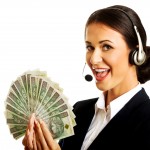 ng about Money and getting clear on what holds us back from earning the Income
we want, why we have too much Debt, or can’t seem to keep Money in our Savings accounts; I think these are important topics to be having.

“The best way to break a social norm is to defy it” (Sienna Kossman) – so let’s start talking!

This site uses Akismet to reduce spam. Learn how your comment data is processed.