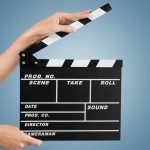 I tried making my first video this past week. I felt like one of the 3 Stooges…. I had a deadline. My mentor, Margaret M. Lynch, put out a challenge to all of her coaches to send in a 4 minute video and 3 would be selected to be sent out to her email list. Wow! What a great opportunity! Of course, I had never really tried to make a video.

I HAD just had 3 professional videos made a couple of months ago. So I had already gone through all of the self-criticism of how I looked, how I sounded, my hair and all of that. I thought how hard could doing my own video be???
Well, as it turned out – pretty hard.

My first thought was to use my iPhone. Simple, right? I had played with that for 5 secs once before and while it wasn’t good, it was easy. And I had received a “selfie stick” when I had my professional videos done. But I couldn’t find it (did I mention that I am going through a house remodel and all of my stuff is buried in boxes?) I did find a small tripod that worked with my iPhone but I really had trouble keeping it straight so I didn’t look like I had been drinking…. I took a few takes which were awful.

I then heard from a friend of mine who was also putting out a video for Margaret. OK, so now I was feeling very competitive. She was using her computer so, in the spirit of competition, I tried my laptop. It was hysterical!

After spending an hour doing all of this, I played back the webcam and discovered that there was no sound. Really? I checked out all the possible places I could think of that might be muted but they were all fine. I googled “no sound using Movie Maker” and apparently this is a common problem. But the solutions would have required me to get my Ph.D. to understand them. Something about changing something in an app that I had never heard of.

I was getting desperate now and running out of time. Back to the iPhone……

I checked out the last recording and thought “Good Enough!” I figured out how to upload it onto YouTube – I already have a channel 🙂 and sent it off. Then my friend texted me and said she was editing it and it was taking forever… Editing? I have no idea…… “What you see is what you get!” So, I probably won’t win but I DID IT! I made a video – yay me!

I went out to the mailbox after all this and guess what was inside? A brochure to a new program I signed up for “Video for Millions” on how to make home videos and a “selfie stick”!!!!! 😉

This site uses Akismet to reduce spam. Learn how your comment data is processed.

You’ve tried everything to get out of debt but nothing has changed it.   Download the 7 Steps To Get Out Of Debt When Nothing Else Has Worked!

Enter Your Name and Email Below to Receive This FREE PDF!